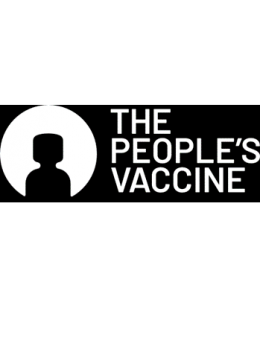 Berlin, 14 July 2021 - Nobel Peace Prize winner Professor Mohammad Yunus and 66 leading civil society organisations, forming the People’s Vaccine Alliance, have called on Germany to suspend patents on Covid-19 vaccines as Chancellor Merkel travels to the US to meet with US President Joe Biden this Thursday. Dozens of demonstrations and events will take place in Germany and at German consulates across the US, mounting pressure on Merkel to join the Biden administration in supporting a waiver at the World Trade Organisation (WTO)..

Waiving intellectual property and transferring the technology is the only way to expand vaccine production worldwide so that people in poorer countries also have access to vital protection against COVID-19, according to the People's Vaccine Alliance.

More than 130 countries call for suspension of patents

The deadly third wave of COVID-19, triggered by the Delta variant, is currently sweeping the world. In Uganda, for example, with a population of 45 million, only 4,000 people have been fully vaccinated so far. In Bangladesh, the Delta variant is overwhelming its healthcare system, with hundreds dying in a third wave of coronavirus. Germany, on the other hand, with its 83 million inhabitants, has administered 77 million doses of vaccine, 24 million more than the entire African continent with its 1.4 billion inhabitants.

More than 130 low and middle-income countries have called for an intellectual property waiver on Covid-19 vaccines and treatments. First proposed by India and South Africa, the United States and EU nations like France and Spain support the waiver. By insisting on maintaining the patents, the German government is putting human lives at risk.

With the mRNA vaccine, BioNTech/Pfizer has developed one of the most effective vaccines against COVID-19 and thus achieved a success for humanity. However, just 0.2% of doses of German company BioNTech’s vaccines, produced in partnership with Pfizer, have gone to low-income countries.

Of all of the successful vaccines, only Moderna have sold fewer vaccines to the world’s developing nations. Despite studies showing that it costs as little as $1.17 to produce, the vaccine is being sold for an average of $18 per dose, making it one of the most expensive Covid-19 vaccines. BioNTech received 556 million euro in public financing. Therefore, the German government should now advocate for the release of the patents in order to save lives worldwide.

“We are facing a once in a century health crisis. Here in Bangladesh, hundreds are dying from Covid-19 each day, as we lose friends, family, and colleagues to a brutal third wave. The situation is desperate.

“Attempts to solve this crisis through donations have failed. And it is simply not accurate to say that there are enough flexibilities in current trade rules; if that were true, we would not be in this crisis.

“It is time to treat this crisis as one global crisis and put into action all the production capacity of the world by removing the wall of intellectual property rights. It is the crisis of production. All support must be given to utilize maximum production capacity in every country. All barriers must be removed immediately.

“Low and middle-income nations need to be able to make their own vaccines if we are to stop this onslaught. We are asking please Chancellor Merkel, change your position, and sign up to the proposal to waive intellectual property rights on these lifesaving medicines.”

Marion Lieser, Executive Director from Oxfam Germany, said: “Being a scientist herself, Chancellor Merkel must understand the pleas of scientists and public health officials worried that a mutation will render our vaccines ineffective. We won’t win against the coronavirus unless we increase access to vaccines for everyone, everywhere as soon as possible – and that requires a a temporary waiver of intellectual property on Covid-19 vaccines and treatments. Chancellor Merkel must now decide: Will she go down in history as the guardian monopolies and profits or as an advocate for the common good?”

Anne Jung, head of Public Relations and Global Health and co-founder of the #makethemsign campaign, which partners with the People's Vaccine Alliance from Medico International said: "These publicly funded vaccines have been turned into a private monopoly. This cannot be in the interest of the German government, the German public and the whole world. No single company should be allowed to decide who gets and who is allowed to produce” life-saving vaccines.”

About the People's Vaccine Alliance

Over 66 organisations have joined together to form the People's Vaccine Alliance to advocate for the release of patents and equitable distribution of COVID-19 vaccines. Nearly three million people worldwide have called for Germany and other governments to support the waiving of patents, along with a host of Nobel Prize winners, former heads of state, epidemiologists, health experts and international non-profit organisations.

Protests will take place across the US and in Berlin, as Chancellor Merkel meets President Biden. For press access, please contact the relevant person below.

Avaaz protest in Berlin will take place at Pariser Platz (Brandenburger Tor), on Wednesday, July 14th. (10 AM volunteer arrival for set up) and 11 AM media start. The action will see Biden inviting Merkel to rip off a patent wall. For info contact daniel.boese@avaaz.org

Below is a preview of US protests and events leading up to Merkel’s visit. Check here for updates and to view events in calendar layout.

WHAT: Protesters will float 20’ by 10’ banner on helium lifts with White House as backdrop

WHERE: Corner of Constitution and 16th Street NW, Washington D.C.

WHAT: Leaders of public health, and other organizations will urge Chancellor Merkel to end her waiver blockade and call on Pres. Biden to show leadership by persuading her to do so, for the sake of millions of people’s lives and livelihoods.

WHERE: RSVP for the online event and get updates as speakers are confirmed.

■     More speakers to be confirmed

WHERE: Dag Hammarskjöld Plaza, E. 47th Street (between 1st & 2nd Ave.), New York Marching from there to the German Consulate and then to Pfizer Corporation offices.

WHAT: On the day of Merkel’s White House visit, protesters will display body bags representing the global number of COVID-19 deaths since the TRIPS waiver was first proposed in October 2020. An oversized Merkel puppet will bear witness to the sad reality that Delay=Death.

●    Vigils at German Consulates Across the Country

WHAT: Waiver advocates will hold vigils outside German consulates, remembering those who have died of COVID-19 and calling for the global access to vaccines and treatments that’s needed to help save millions of lives and end the pandemic. Several have already been held, and more are being scheduled. Confirmed vigils are listed here.