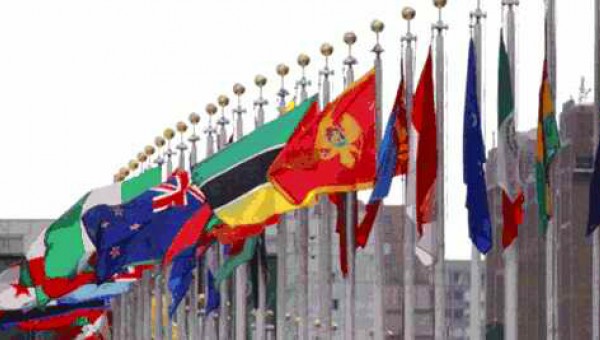 In the lead-up to the UN’s Financing for Development Forum that takes place virtually from April 12-15, the 2021 edition of the Financing for Sustainable Development Report has been released. The report is published by the so-called Inter-Agency Task Force (IATF), which comprises numerous UN entities, but also the International Monetary Fund, the World Bank and the World Trade Organization. It is widely considered the most comprehensive source of data and analysis on development finance topics.

This year’s edition was heavily influenced by the COVID-19 crisis. It analyses the impact of the crisis on different sources of finance, as well as the response of different development finance providers on it. The thematic chapter deals with “risk-informed sustainable finance and development”. Exploring risk and resilience in relation to development finance has been considered relevant by some UN Member States, as the COVID-19 crisis has exposed various vulnerabilities to shocks. Civil society stakeholders however argued during the consultative process leading to the report that this was the wrong focal issue at the wrong time, and the IATF should have rather devoted their energy to explore crisis mitigation and recovery strategies, as the COVID-19 crisis is still ongoing.

Findings from the special initiative “Financing for Development in the Era of COVID-19 and Beyond” are included in various chapters of the report. The initiative which was co-convened by the UN Secretary-General and the Prime Ministers of Canada and Jamaica resulted in a 130-page strong menu of development finance options released in autumn 2020.

The report suggests a number of policy options for the second year of the COVID-crisis, mainly informing the upcoming ECOSOC Financing for Development Forum, but also other fora such as the IMF and World Bank Spring Meetings, the G20 process, and governments’ policy-making on national level. This year’s recommendations are grouped in three categories:

The objective for this set is to address the pandemic and its socio-economic fallout, primarily in economically weaker countries, in order to avoid a lost decade of development and a more unequal world. The options are primarily related to liquidity support: An issuance of Special Drawing Rights by the IMF, alongside their voluntary redistribution from richer countries that do not need them to poorer countries who do, an extension of the G20’s and Paris Club’s Debt Service Suspension Service (DSSI), and last but not least a call for richer countries to scale up official development assistance (ODA) as committed.

Additional ODA should be used among others to fully finance the COVAX-facility and thus enable universal and affordable access to COVID-19 vaccines. Added last minute to the final version of the report – the unedited advanced draft is usually made available online for stakeholder consultation – was an early replenishment of IDA 20, the World Bank concessional lending facility for Low Income Countries.

The IATF’s analysis in the chapter on “International Public Finance” finds that ODA accounted for only US$ 155 billion or 0.3% of donor countries’ GNI in 2019, less than half of the committed 0.7%. The funding gap of the ACT-Accelerator, to which COVAX belongs, in February 2021 was still US$ 22.9 billion of 33.2 billion, or more than two thirds. The World Bank had accelerated IDA disbursement in 2020, following its commitment to provide positive net flows to developing countries. Contrary to the IMF and bilateral creditors, the World Bank has so far refused to provide any liquidity support in form of debt relief or debt suspension to borrower countries. The option to allocate Special Drawing Rights has also received wide support from CSOs, as evident by an open letter signed by more than 240 CSOs, and seems to be a done deal now as also the new government of the USA has expressed their support.

Rebuilding better: investing in a sustainable recovery and fixing the system

The second set of recommendations build on the assumption that societies and economies were on an unsustainable development path even before this crisis hit. Recovery strategies must therefore change the trajectory, the direction and purpose of investments, and the overarching financial architecture. To do so, the IATF suggests aligning recovery packages with the SDGs and the UN´s climate targets, refraining from a premature phasing out of fiscal support measures, and implementing progressive tax policies.

Drawing on the expertise of the many specialized UN agencies in the IATF, the report’s thematic chapter on “domestic public resources” analyzes in detail how different the size of fiscal support packages were, as well as the coverage of social protection measures. This is a consequence of the different levels of fiscal space in developed countries on one end, and of the Least Developed Countries on the other.

When it comes to tax systems, the analytical part of the report finds that tax progressivity has declined since the 1980s and cites data on how personal income tax rates for the rich top-earners have been falling over the years. However, in what follows, the IATF report focuses on excise taxes and environmental taxes, which impact taxpayers like consumption taxes and thus tend to be regressive. Devoting sufficient space to discussing how to create truly progressive tax system had been a more logical continuation.

The IATF recognizes the need to massively scale up investments in sustainable infrastructure if the SDGs are to be met. Public finance should be scaled-up by additional grants or concessional loans with ultra-long (50 years) maturities. Debt swaps can reduce debt burdens while at the same time securing funding for the Agenda 2030 and climate action. In order to reduce borrower risks related to development finance, the IATF recommends to make public debt state-contingent, meaning to include clauses in loan contracts which would automatize debt relief when a shock such as a natural disaster or a pandemic hits.

In addition, the report suggests using blended financing instruments which use public resources to subsidize private investments or provide guarantees for them. For aligning private finance to the SDGs, the report lists a range of regulatory and voluntary measures. For example, better and more coherent global standards for the disclosure of sustainability-related information by private firms and investment banks, or the reorientation of capital markets and the redesign of private firms’ incentive structures and corporate governance models towards sustainability. CSOs following financing for development discussions have repeatedly expressed concerns that voluntary standards and incentives are insufficient to make private businesses and investments SDG-compatible.

The third cluster of policy recommendations are related to future-proofing global economic governance and the international financial architecture. The report remains rather vague here, probably because the negotiation processes are ongoing, and perhaps because the agencies involved in drafting it have not found a clear consensus on all conflicting issues either.

However, areas addressed include tax systems, especially building a system for digital taxation that takes the needs of developing countries into account, and reducing harmful tax competition overall. A shortcoming is however that the report does not fully reflect the 14 elaborated reform proposal of the UN’s FACTI panel, whose final report was released in February 2021 and suggest, among others, initiating a process for a UN Tax Convention.

Moreover, the IATF stresses that the debt architecture needs a reform that goes beyond the DSSI. Debt relief and effective institutions have been hot topics since the COVID-19 crisis started to impact on debt sustainability and threatened to push many heavily indebted developing countries over the brink. The UN Secretary-General convened an extraordinary high-level event to discuss the matter on 29 March 2021. According to the analytical chapter of the report, debt service costs in developing countries have risen steadily over the past decade. They now absorb 25% of tax revenue in developing countries overall, and even close to 30% in Small Island Developing States.

The question of which countries should receive debt relief, and for what reason, remains one of most contested questions in international policy-making today, which led to some last-minute changes to country-eligibility related language in the final version of the IATF report. The report suggests a move towards greater debt transparency and better standards for responsible lending and borrowing, but remains disappointingly weak when it comes to creating effective institutions for debt crisis resolution. The call for a sovereign debt workout mechanism, for example, is not reflected in the 2021 IATF report, despite the dark clouds on the debt horizon and the obvious short-comings of the existing regime.

The report’s policy recommendations are to some extent a negotiated outcome of the agencies involved in the IATF. Especially on topics like debt crisis solutions there tend to be different views between, for example, the Bretton Woods Institutions on the one side, and certain UN agencies such as UNCTAD on the other.

It remains to be hoped that political constraints both within the IATF and within the membership of the United Nations can be overcome before it is too late for the Agenda 2030 and the billions of people affected by the COVID-19 crisis. UN Secretary-General António Guterres warned in his foreword to the report: “Financing for sustainable development is at a crossroads. Either we close the yawning gap between political ambition and development financing, or we will fail to deliver the SDGs by the deadline of 2030.”

The 2021 UN Financing for Development Forum is one of the spaces where the recommendations that the IATF made, as well as the ones that it did not include in its 2021 report, can be put into practice. Unfortunately, the zero draft of the Forum’s outcome document indicates that some UN Member States’ political ambition still has upward potential.