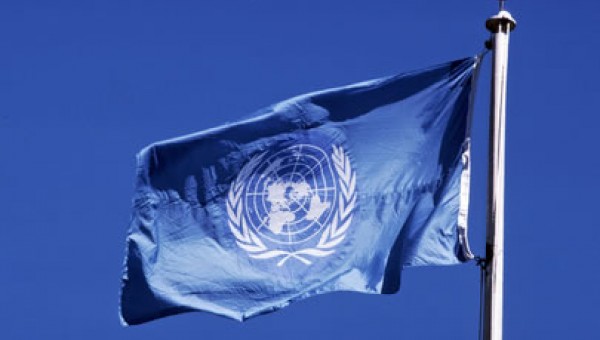 The debate on financing for development in times of multiple crises

After two years of virtual WhatsApp diplomacy, the United Nations Financing for Development (FfD) Forum was held again this year in-person and in the presence of the public at UN Headquarters in New York.  The stakes were high. While the world´s countries are slowly and unevenly recovering from the COVID-19 crisis, new challenges have emerged, such as interest rate shocks and massive price increases for energy and food, which are having a particularly devastating impact in countries of the Global South.

In the run-up to the forum, the UN's new Financing for Sustainable Development Report had already made it clear that developing countries do not have sufficient fiscal space to respond adequately to the permanent crises while implementing the 2030 Agenda for Sustainable Development. As a result, they have been set far back in their development. The number of the extreme poor has also increased. The forum addressed many relevant issues but made few tangible decisions. Pressure is growing to convene a new world conference on financing for development at the level of heads of state and government.

The extent of participation in the FfD forum was very uneven. Among the larger European countries, Spain and the Nordic countries were particularly well represented. Spain's prime minister,  Pedro Sánchez, intervened via video, and was supported on the ground by a large delegation. Spain, which is neither a member of the G7 nor the G20, but has close ties to the Global South and especially to Latin America, is already being treated as a host country secret tip for the fourth FfD International Conference (FfD4), at least if the current government remains in office beyond the next elections. Germany was present this year with diplomats from its Permanent Mission in New York, but did not intervene once at the forum. The USA has not made a substantial contribution either.

From developing countries, numerous high-ranking representatives were involved. Malawi stood out in particular, whose vice president spoke on behalf of both the Least Developed Countries and the Africa Group - with a strong statement particularly on urgent debt cancellation. The word cancellation is still not used by European and other G20 representatives, let alone implemented, which is why the mountains of debt in the global South are piling up ever more threateningly.

The new debt crisis as a hot topic

The debt problem was then also a dominant theme in the negotiations on the outcome document and in the debates at the forum itself. Just a few days before the forum, the adoption of the outcome document by means of silent procedure was again halted. According to UN whispers, China had objected to the draft outcome document's reference to the unequal participation of bilateral creditors in the G20's Common Framework for Debt Treatments. Western countries believe China is not open enough to concessions on bilateral debt relief. China, on the other hand, is calling for the participation of the Western-dominated World Bank and private creditors - mostly based in Western countries - in debt relief and communicated this concern at the forum.

Developing countries simply want to see progress on debt relief. Therefore, the rest of the G77, the group of developing countries at the United Nations which usually votes as a group with China, did not support opposition to the adoption of the outcome document, which is highly unusual. The outcome document now at least promises to make numerous improvements to the so far ineffective Common Framework, and to strengthen processes toward more debt transparency and more responsible lending.

Another major topic at this year's forum was the rechannelling of Special Drawing Rights (SDRs), the reserve currency of the International Monetary Fund (IMF). Last year, SDRs worth $650 billion were distributed by the IMF with the stated aim of providing fresh liquidity to those countries that need it most. However, because of the quota-based distribution, most of the SDRs went to the rich G7 countries, while only 3 percent went to the group of low-income countries.

Since then, developing countries have been demanding the redistribution of SDRs, again at the FfD Forum. Rich countries are making concessions in dribs and drabs. Canada and Spain announced at the Forum that they would rechannel a part of their SDR allocation. Used predominantly is the IMF's brand new Resilience and Sustainability Trust, adopted a week before the FfD Forum at the IMF Spring Meetings. NGOs have been pushing for more and faster redistribution, demanding that in the process the character of the SDR as a resource that does not create debt and comes without political conditionalities attached be preserved. This is not the case when the RST is used. In addition, NGOs called for future allocations to be made according to needs, rather than according to IMF quotas, so that SDRs can effectively work where they are actually needed.

Sustainable finance and tax cooperation stand out as additional topics from the broader range of topics in the outcome document. Sustainable Finance, i.e. mobilizing private investment for SDG-relevant purposes, continues to be the EU's favorite child, as also emerged from the European Union's statement. In the outcome document, instruments such as SDG bonds are mentioned for the first time, as countries such as Mexico increasingly use them.

In contrast, calls are growing louder from the Global South to stop being bypassed and disadvantaged in setting global tax agreements so that more public funds can be mobilized. The Africa Group repeated their call for a UN Tax Convention at this forum. This would have universal membership and could, among other things, regulate a fair distribution of taxing rights among UN member states. A concrete proposal for the form of a UN tax convention was presented at the forum by CSOs. At a side-event hosted by the New York office of Friedrich-Ebert-Stiftung, and co-organized by Global Policy Forum together with the Global Alliance for Tax Justice, Eurodad and the CSO FfD group, it was discussed for the first time by diplomats and experts, and the chances of its realization were explored.

FfD 4: The next world conference on financing for development

Realization remains the big problem of the FfD process. This year's FfD Forum again addressed many relevant issues, but made few concrete decisions. Pressure is therefore growing to convene a new International Conference on Financing for Development at the level of heads of state and government. In the draft outcome document, 2024 was explicitly entered as the date for "FfD4." Twenty years after the FfD process began at the Monterrey Summit, it would be the fourth World Conference on Financing for Development.

The EU has informally taken a positive position on this. There is a growing realization in Europe that the 2030 Agenda cannot be saved without progress on FfD issues. FfD is probably the most important of the means of implementation. As the Spanish Prime Minister has put it at the FfD Forum: “We all know very well: Without Addis, there is no New York. Without financing, there are no SDGs.”  However, at this year's FfD Forum, the G77 was not yet ready to set a concrete date and mandate for FfD4.

The UN General Assembly in September was tasked to take up the matter. Given the multiple crises, there is no lack of urgency or issue areas for FfD4. Collen Vixen Kelapile, chair of this year's FfD Forum, called on participants to scale up their efforts: "The situation is dire.  Although we have reached the end of the forum, our work has just begun."