Of fiscal space and the great finance divide

Of fiscal space and the great finance divide 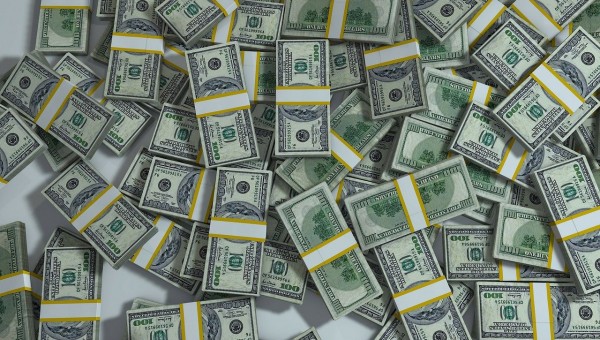 Every spring, the UN publishes the Financing for Sustainable Development Report. It contains the latest data and analyses on various aspects of financing for development. In addition, policy recommendations on a priority topic, to be implemented in the UN's Financing for Development (FfD) process. In 2022, the report should shed light on ways and means to overcome the financial divide between North and South. This is because rich countries had considerable financial leeway to mitigate the Corona crisis, and poor countries precisely did not, which is why they were set far back in their development. Then the conflict in Ukraine began and made it clear that even the fading of the COVID-19 crisis would not bring relief. The multiple crises pose major challenges for development finance.

According to the report's analysis, the COVID-19 crisis has led to a greater collapse in economic output in the global South than in the North. This is mainly a consequence of the lack of fiscal space available to governments there to support the economy and population in times of crisis. While extraordinary government spending in response to the crisis in the North averaged 11.7% of GDP, low-income countries were able to mobilize only 3.2% of their much lower GDP.

Nevertheless, debt levels in the global South have risen so sharply that systemic debt crises are now looming. The reason for the increase is not only the recession but also the blatantly worse financing conditions: In the practice of state financing, the financial divide has had the effect that governments like Germany's were able to finance their activities with resources borrowed at zero percent interest rate during the COVID-19 crisis, while even in an emerging market like South Africa interest payments of a good 10 percent were transferred to private investors, which bled the public coffers so that they could less and less afford to perform other tasks.

Central banks also did not intervene with the same degree of support in the global South because they feared a massive capital flight that could not have been stopped in the absence of capital controls. Only the mandating of the International Monetary Fund to allocate a new tranche of Special Drawing Rights (SDRs) in August 2021 has brought some additional liquidity on favorable terms, but this was too little too late.

With food and energy prices rising rapidly in the wake of Russia's attack on Ukraine, less resilient countries now face new challenges, while their already limited fiscal space has long been depleted.

Key recommendations of the report

According to the report, the "great finance divide" is the main reason why the COVID-19 crisis has led to surges in poverty, especially in the Global South, and why inequality within and also between countries has widened yet again.

The report recognizes that domestic resources are and should be a major source of finance for any country, but emphasizes that countries in the Global South had little potential to increase domestic revenues during the Corona recession. The recommendations in the area of domestic resources therefore focus on increasing efficiency, for example through better expenditure planning, and more efficient procurement. Developing local capital markets should help mobilize resources and reduce dependence on expensive foreign capital.

Financially better-off countries are encouraged to make more transfers. Official development assistance (ODA) commitments must be honored, especially those to least developed countries (LDCs) that rely heavily on ODA.  It is emphasized that support to Ukraine must not be at the expense of traditional ODA tasks, as civil society organisations have also called for.

Further resources can be mobilized, for example, through the redistribution of IMF special drawing rights, debt swaps, the increased use of public development banks, or the promotion of sustainable investments by the private sector.

Since many developing countries are now affected by debt crises, the "Common Framework" - the G20's debt relief initiative - must be made more effective. But the report also recommends broader reform steps in the debt architecture, beyond the G20 initiatives, with the goal of creating a "comprehensive solution" to crises. However, it remains vague as to what this solution should look like.

As a second aspect, the authors call for a better alignment of financial instruments with sustainable development. More progressive tax systems, carbon pricing and targeted financing of social security are just some of the instruments cited in the report as a means to this end.

The third aspect is to create more transparency. This should improve both the planning and efficiency of the use of funds. Transparency should also help in crisis prevention and thus strengthen resilience.

Related to transparency are also two special topics of this year's report, which were explicitly commissioned by the UN Financing for Development Forum. These are, on the one hand, the discussion of credit rating agencies, as unjustified poor credit ratings and downgrades are seen as a reason for high financing costs in the global South.

On the other hand, the report discussed the advantages and disadvantages of a Multidimensional Vulnerability Index (MVI), which could complement the "income" criterion in the classification of countries. Both, however, are only briefly ticked off, in the case of the MVI perhaps in order not to anticipate the UN process of its development, which is currently underway and is to be completed this year.

Watchdogs' criticism of the report

The Financing for Sustainable Report is issued in a two-step process. A few weeks before the UN Financing for Development Forum, an advance version is sent to UN member states and other stakeholders, including CSOs. Especially CSOs have made extensive use of the opportunity to comment on the draft. Comments from the Civil Society Financing for Development Group, the largest coalition of NGOs in the FfD process, accuse the report primarily of reductionist analysis and insufficient ambition. Given the multiple crises and their devastating impact on living conditions, more would have been needed.

This is especially true since the report is a key instrument of policy advice for government negotiations in the UN's FfD process. The analysis should therefore have focused more on the power asymmetries in the international system that prevent effective global structural policies, cement institutional gaps and deficits in global economic governance. These deficits also enable the continuous outflow of resources from the global South to the North, for example through debt servicing, unfair distribution of taxation rights, or repatriation of exorbitant profits by private investors.

To cite just a few examples: in the area of taxation, the report should have addressed the criticism of the new OECD agreement on corporate taxation, which is also rejected by some UN member states and, according to CSOs, could lead to a new race to the bottom, due to the low minimum tax rate it established. Instead, the proposals of strengthening the UN architecture could have been cited. Finally, a proposal for a UN Tax Convention was presented and discussed at the FfD Forum at the initiative of others.

On debt, the report should have addressed the total ineffectiveness of the G20 Common Framework, which has so far failed to solve a single debt crisis.  Based on this, the report should have made concrete policy recommendations for the design of a multilateral sovereign insolvency regime under the umbrella of the UN that meets the Addis Ababa Action Agenda's claims of resolving debt crises in a timely, fair and effective manner.

The report is also accused of having overly positive expectations about the benefits of private investment for sustainable development. Instead of just calling for better standards and transparency for sustainable finance, the report should have addressed how effective regulation could separate the wheat from the chaff. Instead of opening up public goods such as education and health to private investment, promoting sustainable development would have meant helping the global South to structurally transform away from commodity dependence.

NGOs would also have hoped for more from the report on systemic issues. For example, although the report points out that all 46 LDCs together receive only SDRs worth US$15 billion out of an allocation of US$650 billion – the USA alone received seven times that amount - it does not advocate introducing a new needs-based allocation formula. This could be done at any time, but would require an amendment to the IMF agreement.

Here lies a core problem of the Financing for Sustainable Development Report. It is prepared by the Inter-Agency Task Force, a coalition of several dozen UN agencies, the IMF, the World Bank, the WTO, and even institutions without universal membership such as the OECD and the Financial Stability Board. The report's recommendations are negotiated by the participating organisations and represent their minimum consensus.

This reduction process preempts the actual government negotiations at the FfD Forum, and also leaves many good ideas by the wayside. Perhaps the report would be even more useful for policy advice if it simply aggregated the recommendations of individual stakeholders where they are not consensual, similar to what the UN did with the menu of options of the special initiative Financing for Sustainable Development in the Era of COVID-19 and Beyond. Because deciding for or against a policy option is not the IATF´s task. This is the task of the Financing for Development process anyway.