The MDG Project in Crisis 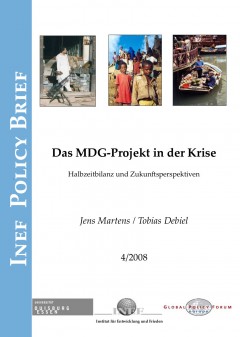 Cover
Midpoint Review and Prospects for the Future

Jens Martens and Tobias Debiel point out that the Millennium Development Goals (MDGs) are much less ambitious than previous international development goals. Even so, the UN, World Bank and NGOs agree that most countries will not achieve most of the MDGs on time. The authors further argue that the MDGs fail to deal with the structural root causes of poverty, such as unequal distribution of wealth, land and political power, as well as unfair global trade rules.(Institute for Development and Peace).