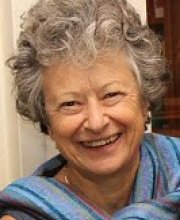 Barbara Adams was trained as an economist in the UK and served as Executive Director of the Manitoba Council for International Affairs from 1977–1979 in Canada. She served as Associate Director of the Quaker United Nations Office in New York (1981–1988), where she worked with delegates, UN staff and NGOs on issues of economic and social justice, women, peace and human rights. Barbara served as Deputy Coordinator of the UN Non-Governmental Liaison Service (NGLS) through the period of the UN global conferences and until 2003. From 2003–2008 she worked as Chief of Strategic Partnerships and Communications for the United Nations Development Fund for Women (UNIFEM).

Her recent experiences have included being a member of the President of UN General Assembly CSO taskforce for MDG 2010 Summit, the Coordinating Committee of Social Watch and the Civil Society Reflection Group on Global Development Perspectives.

During her career she has worked as a consultant to UNICEF, served on the board of directors for the Canadian Council for International Cooperation (CCIC) and has undertaken development work in Latin America, including on housing and settlement projects in Uruguay.

Barbara Adams has authored and co-authored many articles, reports and booklets on the UN, including Accounting for Africa at the United Nations: A Guide for Non-Governmental Organizations; Putting Gender on the Agenda: A Guide to Participating in UN World Conferences; Climate Justice in a Changing World; and, co-authored with Gretchen Luchsinger, Reclaiming Multilateralism for People, Rights and Sustainable Development.