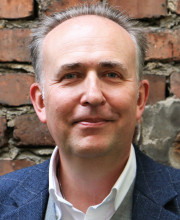 He is also a member of the Advisory Board of the Development and Peace Foundation (www.sef-bonn.org).

From 2003 to 2009 he was member (2006-2009 Co-Chair) of the Coordinating Committee of Social Watch, a global network of civil society groups and organizations working on poverty eradication and social justice (www.socialwatch.org).

Previously, he was a longstanding member of the executive board of the German NGO World Economy, Ecology and Development (WEED). From 1997 until 2004 he worked at WEED as director of its Programs on International Environment and Development Policy and on Corporate Accountability.

Prior to joining the staff at WEED he worked as freelance author and advisor for several NGOs and Foundations, among others the German NGO Forum on Environment and Development, the Friedrich Ebert Foundation, and the Development and Peace Foundation. From 1991 to 1992 he worked as librarian and research fellow at the German Commission for UNESCO in Bonn.

He has published more than 100 articles in journals, newspapers and handbooks, has written several books and studies on sustainable development, global governance and UN reform, and has been co-editor of three books on German UN policy, privatization and corporate accountability. Between 2003 and 2015 he was author of the German Reality of Aid Report published annually by Deutsche Welthungerhilfe and terre des hommes Germany.

From 1984 to 1990 he studied economics and political sciences at the University Erlangen-Nuremberg and at the Free University of Berlin, where he graduated with honors in 1991.