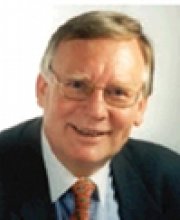 Born in Berlin, Klaus Hüfner studied economics, sociology and political science at the Freie Universität Berlin, the London School of Economics, the Institut de Hautes Etudes Internationales in Geneva and Princeton University. He earned his Ph.D. in economics in 1969.

Between 1964 and 1974 Hüfner worked as a research associate at the Max Planck Institute for Educational Research in Berlin. For the next six years, he served as a professor of economics at Teachers College Berlin. And, from 1980 to 2002 he held an appointment as professor of economics at the Freie Universität Berlin. Over the years, Hüfner has held research appointments at Stanford University, the University of Melbourne, Osaka University, the International Institute for Educational Planning (IIEP) and the International Institute for Peace.