A review by Bodo Ellmers
Image 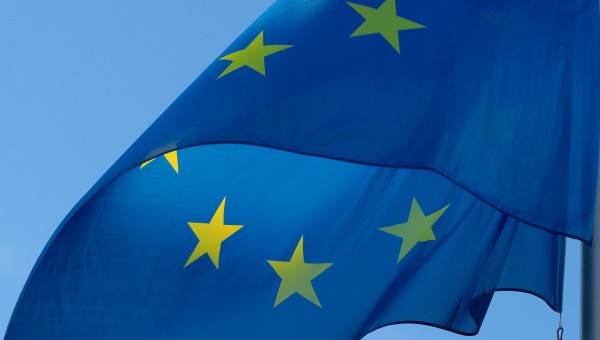 An unintentionally honest report on the state of EU development finance

With some delay, the European Commission has published the new "Investing in Sustainable Development Report".  A few years ago, the report replaced the older EU Accountability Report or so-called "Monterrey Package" of the EU, which originally reviewed the implementation of the UN agreements on financing for development in the EU and its Member States.

In the meantime, it is based primarily on self-reporting by the EU Member States. The report does not really have the character of an independent evaluation and is primarily used by member states to highlight their flagship projects rather than disclose their shortcomings. Nevertheless, it does contain interesting information and some probably involuntary insights into the ideology and motivations driving development finance in the EU. The new report covers the 2018-2020 period.

Unsurprisingly, given recent EU priorities, mobilizing private investment takes up a lot of space in the report. Right in the foreword, EU Development Commissioner Jutta Urpilainen points out that in 2019, the EU and its Member States have spent 28 billion Euros on private sector development support. That's more than half of the 46 billion Euros of official development assistance (ODA) they spent overall.

What now follows in a separate focus chapter, however, is an affirmative listing of active and planned EU initiatives in this area. One would have liked to see a more critical assessment of effectiveness in the report. Even the OECD recently criticized this category of development cooperation for its ineffectiveness, since private capital hardly ever reaches the least developed countries.

Instead, the report speculates that the recently established European Fund for Sustainable Development, with a fund volume of 1.55 billion Euros, is going to mobilize up to 17.5 billion Euros in private investment, i.e. leverage it by a factor of about 11. This is astonishing from two points of view. Firstly, it remains unclear why a monitoring report for the period 2018-2020 would make such speculation for the future in such a prominent place.

Secondly, it is not specified why the EFSD is supposed to be many times more effective than comparable blended financing instruments, whose leverage ratio, according to independent studies, was much lower. With a factor more in the region of 0.75, these instruments typically mobilise less than one Euro of private capital per invested Euro of public money. Such a false start calls into question the credibility of the entire report as and its supposed focus on accountability, making it appear as a PR brochure for controversial EU initiatives rather than a critical evaluation.

Obviously, the European Commission is concerned with creating a positive mood for the approach of private financing for the SDGs and the overall 2030 Agenda, hence the choice of "Sustainable Finance" as the report’s central topic. Readers learn that the EU plans to design a comprehensive strategy to scale up sustainable finance in low- and middle-income countries. A new high-level expert group is to advise the Commission on how to package the SDGs into bankable projects that can then be offered to private investors. Instruments such as "green bonds" are going to be used to a greater extent to achieve this goal.

Interestingly, the report does take on the character of an accountability report where it deals with public development financing in the narrower sense. While the report highlights that the EU collectively accounts for almost half of global ODA and that four Members States have reached the 0.7% target, it also makes clear that the 0.5% ODA/GNI rate is far from the international as well as the self-imposed ODA targets.

As far as ODA to the least developed countries is concerned, with a 2019 ratio of 0.10%, the EU collectively has even moved further away from the 0.15%-0.20% target. A deeper analysis of the causes would have been desirable here. Of course, there were reasons for this. One of them is the increasing instrumentalization of ODA to buy neighbouring countries’ support against migration flows in recent years. More recent intentions to use ODA funds geostrategically in the conflict with Russia could result in a shift even further away from LDCs.

A useful overview of financing gaps can be found on page 114 of the report. This shows how far the EU and individual members really are from their 0.7% target, or the 0.33% target for members from Central and Eastern Europe. Collectively, the deficit to the 0.7% target amounts to more than 26 billion euros annually.

EU development cooperation is also currently regressing on important development effectiveness indicators. Explicitly mentioned here are, for instance, those on predictability, transparency, the involvement of partner governments in evaluations and on evaluations based on partner indicators. Perhaps the increasing focus on private sector development and the use of ever more complex guarantee and subsidy instruments is not entirely unrelated here.

Equally significant: According to the report, the EU and its Members spend less than one billion Euros annually to promote domestic resource mobilization and strengthen public financial management. This amounts to less than 4% of the resources they spend on private sector development.

The report notes that developing countries' own tax revenues themselves are nonetheless a source of financing that dwarfs ODA everywhere. For low-income countries, tax revenues of 10.8 percent of GNI contrast with official ODA inflows of 8.9 percent. For upper middle-income countries (UMICs), the figure is 17.3 percent taxes versus only 0.1 percent ODA.

The report is characterized by considerable naiveté when it claims that the EU's blacklist of so-called tax havens would be beneficial to development financing and promote good governance in the tax area. It is, however, unintentionally honest on page 18, when it says: "The process of drawing up an EU list of non-cooperative tax jurisdictions has prompted several developing countries to join international fora such as the Global Forum on Transparency and Exchange of Information for Tax Purposes and the BEPS Inclusive Framework …”

Developing countries as well as CSOs have criticized again and again that the tax agreements of the BEPS Inclusive Framework coordinated by the OECD do not correspond to the interests and needs of developing countries. The United Nations Economic and Social Council also made this clear, most recently in April 2022: BEPS agreements make it more difficult for developing countries to tax transnational corporations, rather than facilitating their effective taxation. They distribute taxing rights to the disadvantage of the Global South and prohibit the use of digital taxes on national level. Thus, they end up depriving affected countries of an important and potentially rapidly growing source of revenue.

The OECD and EU, on the other hand, chalk up as a success the fact that the latest BEPS agreement was adopted by 137 countries. The EU report now officially confirms what CSOs have always emphasized: That developing countries only joined the Inclusive Framework and its agreements because they fear to be punished with sanctions otherwise.

Thus, the EU report unintentionally states what many already knew. When it comes to policy coherence, the EU and its Member States still have too many things going wrong. Even an above-average performance in ODA does not help much. The next edition of the report could reveal even more of these connections.