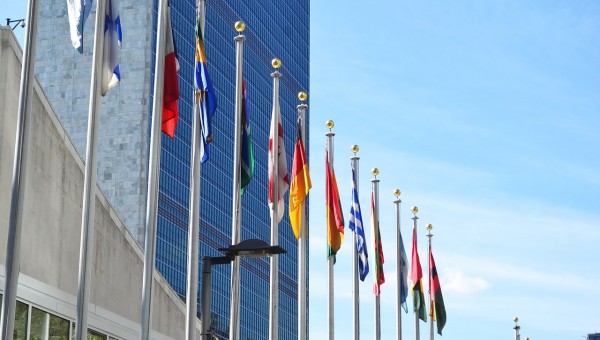 The implementation of the 2030 Agenda has fallen massively behind. Insufficient development finance is a major reason for this, as the slowly subsiding COVID-19 crisis had led to a simultaneous collapse of all sources of finance. This year's UN High Level Forum on Sustainable Development (HLPF) should have been dedicated to building back better after the crisis. The title did retain the "building back better." De facto, however, the HLPF was overshadowed by a new wave of crises. Concrete solutions were mentioned in the dialogues, but concrete decisions were postponed to future summits. Pressure is growing to convene a new International Conference on Financing for Development to scale up means of implementation for the Sustainable Development Goals.

Crisis as the new normal

This year's HLPF was given the unwieldy title "Building back better from the coronavirus disease (COVID-19) while advancing the full implementation of the 2030 Agenda for Sustainable Development."  However, the fading of the corona crisis not only provided new opportunities to rebuild better, but also brought new challenges. Since the great COVID-19 crash in 2020, commodity and food prices have been rising almost continuously, exacerbating famine among people with little purchasing power, and causing balance of payments crises in net importing countries.

The economic recovery has also brought about the turnaround in monetary policy and interest rates. In March 2022, the U.S. Federal Reserve (Fed) raised key interest rates for the first time since 2018, with a second huge move of 0.75 percentage points in June. The Fed makes its interest rate decisions based on U.S. national needs, without regard to effects in third countries. These are particularly fatal in the global South.

For developing countries with high levels of foreign debt, the rise in dollar interest rates means that larger shares of government revenues goes to finance debt service, and correspondingly less to the implementation of the 2030 Agenda. To prevent capital outflows, central banks in the Global South must create more attractive conditions than in the United States. In Latin America, which is heavily dependent on dollar loans, key interest rates were therefore raised by an average of 6% this year. As a result, private capital is also finally becoming too expensive to sustainably close SDG financing gaps. The "sustainable finance" hype of recent years is increasingly proving to be a wrong track.

Russia's war against Ukraine, and Western sanctions against it - both designed with little regard for collateral damage in the developing world - have reinforced the above trends.

Financing for Development in the HLPF Outcome Document

The decisions on development finance are summarized in the HLPF outcome document in paragraphs 76 to 95. This is the part that deals with SDG 17, the so-called Means of Implementation. What it says, however, gives little hope that the backlog in SDG implementation would be made up and that there would be an adequate response to the new challenges.

Unfortunately, the outcome document of the HLPF is remarkably blind to the current challenges. This is probably a consequence of the UN practice of simply adopting or summarizing "agreed language" from existing resolutions in diplomatically sensitive situations.

The debate at the HLPF itself

In fact, the HLPF has little room to go beyond the resolution language of the thematically focused FfD Forum on the issue of financing for development. Even though CSOs vehemently demanded this in New York, since the urgency of the situation does not actually allow the global community to put procedural shackles on itself.

This made the debates at the forum itself all the more important. Financing for Development was addressed in a single session on the second day of the HLPF. However, the session started 15 minutes late and the panel overran its speaking time. Consequently, the moderator cut the time for interventions by UN Member State speakers and other stakeholders during the debate from the usual three minutes to just one minute, after which the microphone was automatically turned off. The ensuing debate therefore became an almost comedic exercise in fast-talking (starting at 01:14:00 here).

This was a shame, as the parties actually had substantive contributions: for example, Norway called for clear and enforceable rules for private creditor participation in debt relief, and pointed to the potential of a new world conference on financing for development. Mexico highlighted debates on more innovative financing instruments at the recent Friends of Monterrey Group meeting, and called for better access to IMF special drawing rights. Guatemala and Azerbaijan pointed to their initial successes in improving SDG financing through Integrated National Financing Frameworks (INFFs).

The official EU statement first condemned Russia, and then pointed out that the EU is collectively the world's largest ODA donor and stands by its ODA commitments (which it is far from). It also promoted the new Global Gateway infrastructure initiative (which it touts as an SDG-compatible alternative to China's Belt and Road Initiative).  Guatemala and Morocco promoted public-private partnerships.

The CSO statement came from Latindadd, opposing financing solutions that add to the mountains of debt in the Global South. Instead, rich countries should meet their ODA commitments and pay their climate debt, a new SDR allocation should be approved, and the external debts of the Global South should be cancelled.  Convening a new International Conference on Financing for Development (FfD4) could accelerate change, the CSO speaker said.

FfD4 also played a role in other sessions of the HLPF. For example, during the discussion on the upcoming SDG Summit 2023, it was argued that there is little point in talking about the goals if the problem of lack of funding is not addressed. Therefore, the SDG Summit should conduct an honest review of the Means of Implementation and set the targets for FfD4 on that basis.

Development finance at the margins of the forum

In practice, the HLPF is a complex fair where different parties present their ideas and look for partners for their initiatives. This happens predominantly through the numerous side events, which, due to the ongoing pandemic conditions, were held mostly virtually again this year.

Among the more than 300 official side events were for example those on INFFs in the context of national development priorities, private capital mobilization in general, and curious creations of financialization such as "blue bonds" to finance marine conservation in particular, sectoral and regional financing issues, and of course FfD 4.

The best bon mot of the HLPF came from the UN Secretary-General himself. In his speech (starting at 00:10:30 here), António Guterres emphasized: "Looking ahead, we need a new global deal so that developing countries have a fair shot at building their own futures (...). The global financial system is failing the developing world. Although, since it was not designed to protect developing countries, perhaps it's more accurate to say: the system is working as intended. And so we need reform. We need a system that works for the vulnerable, not just the powerful."

He hit the nail on the head there, of course. And as far as reforming the international financial architecture is concerned, the 2022 HLPF has not diminished the need for reform one bit.